A few months ago, Jonathan Franzen, author of The Corrections and Freedom, was quoted by The Telegraph from his Cartagena’s Hay Festival presentation:“Maybe nobody will care about printed books 50 years from now, but I do. When I read a book, I’m handling a specific object in a specific time and place. The fact that when I take the book off the shelf it still says the same thing – that’s reassuring… and he goes on … Someone worked really hard to make the language just right, just the way they wanted it. They were so sure of it that they printed it in ink, on paper. A screen always feels like we could delete that, change that, move it around. So for a literature-crazed person like me, it’s just not permanent enough.”His speech raised heated discussions in newspaper columns and on the internet. The focus was mainly on defending technology and e-books as a viable and improved evolution, and on how he was being retrograde.  What was missing from the discourse was the fact that technology has also violently altered printed books in a way from which there is no return. We are so disconnected from the means of production that nobody seems to be aware that books are produced very differently then they were 100 years ago. Digital files are exchanged between writers, publishers and printers all over the world.In the context of the Piracy Project, which we initiated in London in 2010, we discovered cases, which not only took control over the object, but over the content. Inspired by Daniel Alarcon’s article in Granta magazine, “Life Among Pirates”, we traveled to Peru and discovered, for instance, a pirated version of Jaime Bayly’s novel No se lo digas a nadie with two extra chapters added. This physical object may look obviously pirated to a trained eye but could easily pass as the original if you were not looking for differences. The extra chapters are good, good enough to pass undetected by readers. 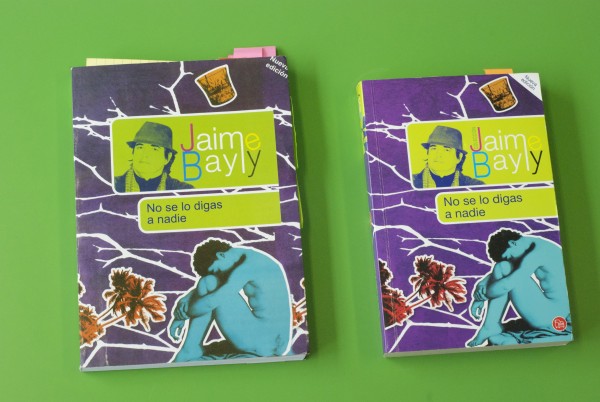 These books are sold in small markets, bookshops or by street vendors at traffic crossings. We had to buy several books and to compare page by page until we found a book with extra content. Asking the vendors for help didn’t work. They were quite offended with the insinuation that they carried modified books. Buyers don’t want to read a book by an anonymous author when they are buying Mario Vargas Llosa.

Friends in Peru seemed extremely surprised to see an altered book. The same type of trust that Franzen had applied to printed books was broken. What have they been reading? According to popular literary theory, when reading a book we become joint authors by virtue of subjectively interpreting and shifting the context through our own personal sets of experience. In this sense, it might be very difficult to realize, in discussion with others, whether or not the book you just read has been altered. And then what happens when that seed of distrust is planted in your head? 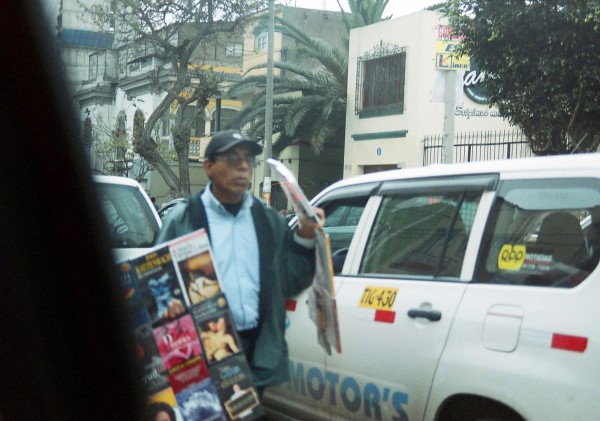 A similar experience was reported by a friend when she grabbed one of the copies of Franzen’s novel Freedom that was accidentally printed from an earlier draft and distributed in London for a few weeks before being re-called, destroyed and replaced by the “correct” version. Knowing that there were mistakes in the text, or passages that had been added made her read the text in a very suspicious manner. There were quite a few passages where she was completely sure she had spotted one of the “wrong” bits. ”I’ll never know if I was right in my suspicions.” she said  “Comparing the two versions seemed like too much work. Anyway, I quite like the idea of having read the text in this undefined space.” 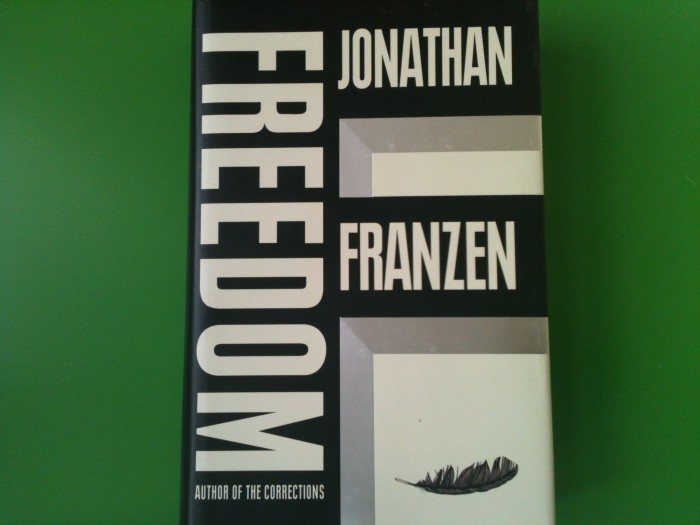 The modified books in Peru are a direct result of technological changes. Older pirated books looked more like photocopies. Re-typing a whole novel is a lot of work and inserting new content would be demanding. Currently, pirated books are produced using original text files stolen from the publishers or a pdf in transit to the printers.

A respectable percentage of all the books in the world are currently printed in the Guangzhou province in China. The distance between publishers and printers embedded in a local culture, which has a different understanding of copying and its moral implications has created an interesting phenomenon. China is not only inundated with pirated versions of western books (which many suspect may be simply cases of printers printing extra copies of the originals) but it also has generated an interesting number of “curators,” who select material from all these different publications and collate new volumes – a bizarre reflection of internet content curators.

The piracy of architecture books is very common in China and vendors regularly visit architectural practices carrying a specially tailored selection. It’s a mixture of our contemporary curatorial culture and Chris Anderson’s Long Tail theory. The Architectural Association in London, for example, seems to be quite influential. It was the only university press we encountered on our visits that deemed worth the extra expense of translation. Chinese architects proved not to be that popular, but Rem Koolhaas is a best seller. It is interesting to note how the selection of books for sale made by the pirate sellers and the cross-contamination of taste and interest they carry from one office to the other could be one of the defining elements of how urban China is going to look in the next twenty years. But some of these copies are not simple mechanical translations. We found a copy of a pirated MARK Magazine which seemed condensed from six other Mark issues and edited down into this one edition. We bought it fascinated with the idea that somebody had gone through the issues selecting what they considered important. But after comparing it with the originals we realized that the process wasn’t that obvious. It was the whole content of just one issue – only a full-page photograph showing a female Chinese architect was removed – with added pages from an unidentified Italian magazine, which was left in Italian. 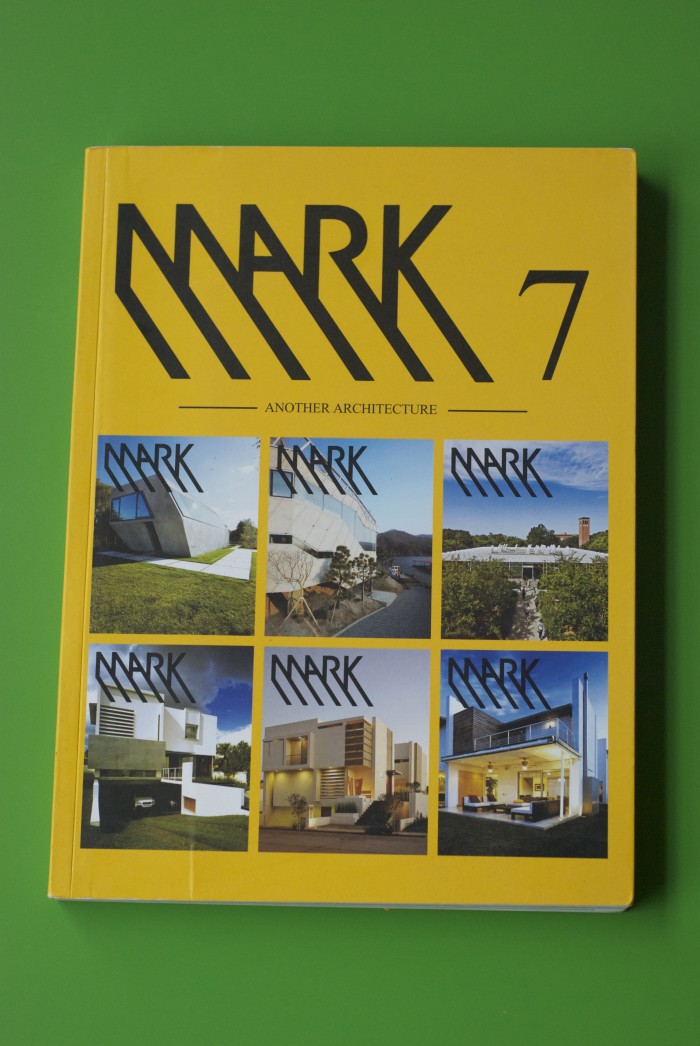 Mark 7 Another Architecture, The Piracy Collection

We see similar tendencies in contemporary publishing. For instance, AND Public, another AND Publishing project exploring the potential of print-on-demand (POD). It is a platform for artists, writers and curators to use the possibility of printing books in very small numbers as they get distributed. The project gives users a distribution structure that tries to solve the biggest question in self-publishing: I made my book now how do I find its public?

But it also raises questions of how books exist as permanent objects. In traditional publishing one version of a book is printed. Any new edition may bring corrections or modifications, but each is clearly attributed. With print-on-demand, the author has the option to keep changing their artwork and re-printing the book. “Editions” or versions of the book are not necessarily identified.

Zadie Smith, spoke at the New York Public Library in 2011  about her observations at literary festivals. She saw writers sitting behind curtains at literary festivals, armed with red pens, correcting their own two year old books just before their readings. This was a unique chance to re-address the text and to make real the book they wished they had written. With AND Public, as with many other POD platforms, to re-write is a concrete and constant possibility. There won’t be a guarantee that the POD book you bought is identical with the next buyer’s book. In fact, many artists use this mutable production process as an intrinsic part of their work and keep changing their texts to test the conceptual boundaries of the book. 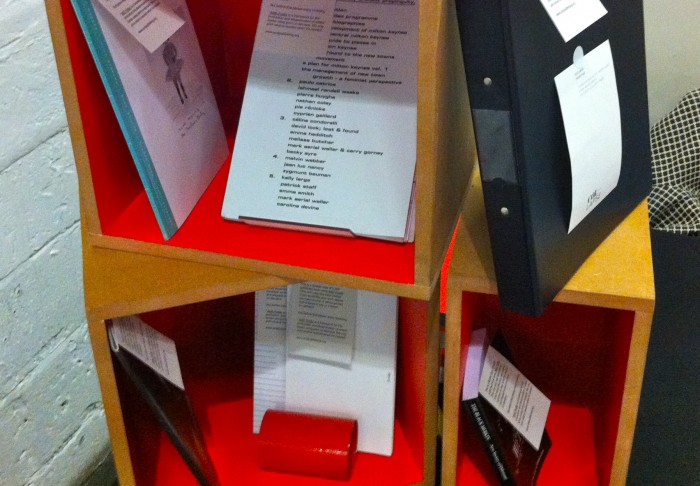 AND Public, at Publish And Be Damned 2012, ICA London

In the beginning of recorded history, books used to be copied by hand and constantly modified through these interpretations. It is the technological advances of the analog printing press that construct our contemporary idea of books as fixed objects, where immutability is a key factor that allows for mass and consistent reproduction. But now, with digital printing technologies, mass production and mutability live hand in hand. The values and attributes that define books are much more malleable than we wish to face and, once again, we must be diligent of where knowledge is being generated. It is undeniable that books are an incredible technology that will most likely never be abandoned, but that doesn’t mean they will remain the same. They have never remained the same.

The Piracy Project is an international publishing and exhibition project exploring the philosophical, legal and practical implications of book piracy and creative modes of reproduction. Through an international call for contributions The Piracy Project has gathered a collection of more than one hundred modified, appropriated and copied books from artists across the world. The collection, which is catalogued online, is the starting point for talks and workgroups around the concept of originality, the notion of authorship and politics of copyright. The next set of events will be hosted by The Showroom in London in 2012. The Piracy Project is an collaboration between AND Publishing and Andrea Francke.

If you are interested to submit a book project for the collection please email and.publishing@csm.arts.ac.uk

AND, is a platform exploring new digital technologies to publish conceptual artists’ books. Photocopied or glossy printed, we define digital print-on-demand as a tool to directly interact with an audience. Due to short print runs (starting from one copy) and low productions costs we can sustain an adventurous and inquiring creative practice without having to conform to the mass market. We’re also developing AND Public, a unique print-on-demand facility for self-publishing which allows artists to publish and distribute their own work. AND is run by Lynn Harris and Eva Weinmayr. www.andpublishing.org