This booklet is published as part of I Wonder What The Silence is About, a body of work, speculating on the (temporary?) disappearance of Art In Ruins. This English collaborative art practice was formed in 1984 and created a radical stance towards the art world, based on critical post-modern thinking. They have been for a short period omnipresent in the London/Berlin art scene before they fell silent in 2001. I contacted Art In Ruins and asked for permission to reprint one of their publications as part of my project. This they rejected but suggested to publish this interview instead, which was initially written for Frieze Magazine in 1994. It has not been printed until today. 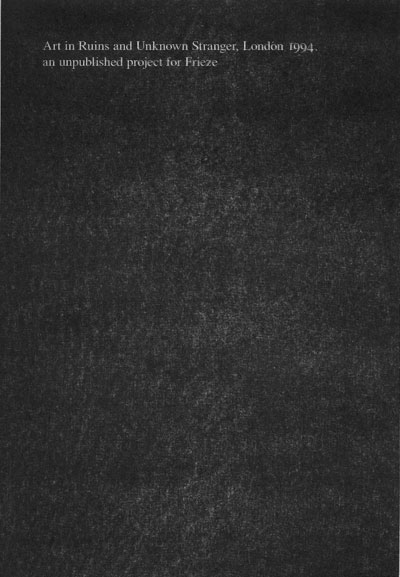